Why is there so much talk about fertility and how it’s linked to age? 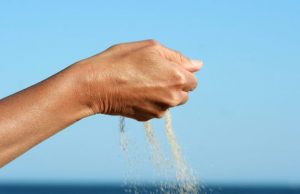 A woman is fertile from the time she has her first period, but her capacity decreases with age. In the case of men, there is also a gradual decline in fertility, although it is later and less pronounced.

For a number of different reasons women decide to have children later and later in life. So with each passing day women find it more and more difficult to become pregnant. A few years ago, Assisted Reproductive Technologies were relatively rare. Nowadays they are becoming standard practice due to women delaying having children.

What is the difference between sterility and infertility?

Sterility is defined as the inability to conceive. This may be of female or male origin. The couple is considered to be sterile when pregnancy is not achieved after one year of unprotected sexual relations. The concept of sterility must be distinguished from that of infertility. We refer to primary sterility when there has never been a pregnancy and secondary sterility when there have been previous pregnancies but it later becomes impossible to conceive again.
In the case of infertility, the woman becomes pregnant but suffers miscarriages.

In short, sterility is when pregnancy is not achieved and infertility when, in spite of becoming pregnant, the pregnancy is not carried to term. It is worth noting that in Anglo-Saxon countries, the term “infertility” is often used to refer to both concepts which may lead to confusion when reading texts translated from Spanish.

Between 10% and 15% of the population in the western world is sterile or infertile.

Does age influence the possibility of becoming pregnant?

According to the SEF (Spanish Fertility Society) 25% of couples achieve pregnancy within the first month of having regular, unprotected sexual relations; 85% after a year and 90% after 2 years.

This is why, a basic sterility study is recommended after one year of trying to get pregnant without any success and after six months if the woman is over 35.

In our society women enter into stable relationships much later in life and this has had an effect on fertility. The average age of women giving birth for the first time in Spain is 31. Sterility at 30 is 6 times higher than at 20, and doubles again at 40.

Men’s fertility decreases progressively once they reach 50, although alterations in the spermogram’s parameters can be observed from as early as the age of 25, and the transcendence is much lower than in women.

To determine fertility in both a man and a woman, there are different types of tests or examinations that will establish the quality and capabilities of their gametes or sexual organs.

In the case of women, a medical record is taken by studying various influential factors such as menstrual cycles or the use of certain drugs. Hormonal studies, examination of the uterus and ultrasound examinations are also carried out to evaluate a possible case of sterility.

In men, sperm quality is studied using the seminogram procedure, as well as a testicular biopsy or epididymis puncture, in which uncontaminated gametes are analysed. Another test that can reveal abnormalities or lesions in the chromosome, thus explaining sterility or infertility, is the karyotype.

Today it is possible to combat sterility by different methods, whether of low or high complexity. The former include solutions such as programmed intercourse, in which the woman’s most fertile days are calculated so that the couple can have sexual intercourse during that period, or artificial insemination, that is, the introduction of previously processed semen into the uterus in the laboratory. Highly complex treatments include IVF, ISCI, preimplantation genetic diagnosis or egg donation. At Eugin, we can determine which treatment is the most appropriate in each case and carry it out with the best specialists in the sector.

Do you have any questions? Ask our experts.

We at Eugin continue to be there for you February 29th

We at Eugin continue to be there for you

FULFIL YOUR DREAM OF BECOMING A MOTHER